🖋 Sadini Upeka
(This may not be the most authentic pasta recipe ever, but hey, I’m working with what I’ve got!)
It began with a red chilli.
Our garden has a few chilli plants growing in pots and sometimes on the ground. The chillis are usually harvested while still green, and add a nice herby kick to curries and salads and sambols. But recently, completely unexpectedly, I spotted a lone red chilli - no more than two inches long - hanging off one plant. I decided it was not allowed to go to waste.
One of my biggest cooking inspirations (on YouTube) is the expressive and endearing Gennaro Contaldo, whose pastas are simple and delightful. There was no need to run around buying cheese and cream and tinned tomatoes (which I never buy - they’re simply too expensive in my country to be worth it). Gennaro often begins his pasta sauces by tossing roughly chopped garlic and a few slices of red chilli into hot olive oil, which is then followed by other ingredients, especially a few ripe tomatoes cut into halves or quarters.
Seeing the red chilli gave me Ideas. I decided to make a Gennaro-inspired pasta dish. No recipe, no ingredient amounts. I was going to wing it, and if the result failed me, I’d still eat it to see where I went wrong.

To begin with, there was no pasta, which meant I’d have to make some from scratch. There were plenty of eggs - no problem there. We were out of all-purpose flour, but there was a packet of chakki atta - a wholemeal wheat flour of Indian origin used for flatbreads like roti, chapati and naan. It wouldn’t be too different, I thought. Besides, it’d be a little bit healthier than plain white flour.

We haven’t bought olive oil in ages. The price for a small bottle of oil isn’t very friendly - import tariffs and all that. But coconut oil is not a very good substitute for my taste, so it’d have to be butter. There was no butter that day, unfortunately, but there was a tub of margarine. I was iffy about this. Margarine is not the healthiest of foods - being hydrogenated and all. But I decided I might as well use it, just this once.
Luckily, this was a few days after my parents went to the market, so there was a bagful of tomatoes. I picked up two of the ripest ones. I had my little red chilli, and there was garlic, of which I used a big clove and two small ones.
There was chicken in the freezer - chicken breast, to be exact. I used a small chunk - about 5 by 2 inches.
In terms of herbs - there was oregano (which I use in almost every tomato-based dish I make), thyme and rosemary, all dried. I chose rosemary, hoping it’d work (the last time I overdid it, and the dish was too pungent). Only the usual salt and pepper were used for seasoning.

Being an amateur with all Ideas and not enough experience, I admit the order of steps I followed might not have been the most efficient - something I’m trying to streamline every time I cook. So I started by prepping some of my sauce ingredients, thinly slicing the garlic and chilli and chopping the tomatoes into quarters.
Next I made the pasta dough, mixing one egg with approximately a cup of chakki atta, with a very fine sprinkling of salt. It took a little kneading and mixing - the dough wasn’t as easy to work with as last time (when I used plain flour). Eventually, after 15+ minutes of kneading, I decided to form it into a ball and let it rest while I prepared the chicken.
I washed the piece of chicken thoroughly and rubbed some sea salt and pepper on both sides. Then I took a saucepan and added some margarine and let it melt, laying in the chicken when it was sizzling, also remembering to scatter in a pinch of dried rosemary. I seared the chicken, basting it with the butter on all sides.
Once that was done, I took the saucepan off the heat and took the chicken out to chop it into bite-sized chunks, and let it rest, while setting the seasoned fats aside in the same saucepan.
Next came the repetitive part - actually making the pasta. We don’t have a pasta machine, so it had to be done by hand. Instead of a rolling pin, I used a tall glass, floured on the outside. I was determined to get the pasta nice and thin, since it came out rather thick last time. I separated the dough into quarters and rolled out each ball into a broad, long, thin strip, which I cut into slender noodles that could probably be called fettuccine. I did only half the dough in the end (which was enough for my portion), and left the remainder in the fridge for another time.
Finally, it was time to put it all together. I set the pasta to boil in salted water until al dente, then drained all the pasta water, leaving a little to help thicken the sauce later.
For the sauce, I used the same pan and fat used to fry the chicken, throwing in another teaspoon of margarine as well. Chilli and garlic went in, and sweated a little bit, growing very fragrant, and then I added the chicken, toasting it in the chilli-garlic-infused fat. The tomatoes followed, along with an extra pinch of salt and pepper, and I let it simmer a bit to release the tomatoes’ juices.
After some minutes, I checked the sauce, and saw how it was coming along nicely, the tomato skins gradually peeling off. This was when I added the pasta along with the pasta water, and suddenly realised how soupy it was - there was too much pasta water, or it seemed like too much because I was using a small saucepan. Thank goodness the pasta was al dente though, and could do with more cooking. I let it simmer and reduce for a while, and once I felt the soupiness was gone, it was ready to serve.
I tipped the pasta - now covered in a delicious-looking sauce - into a shallow bowl, but something felt missing. It needed some fresh greens - preferably parsley or coriander leaves. Then I remembered the spring onions sitting in the fridge. I plucked off a couple of shoots, washed them, chopped them, and scattered them over the dish, which now looked complete. It turned out to be one of the best pasta dishes I’ve ever made. 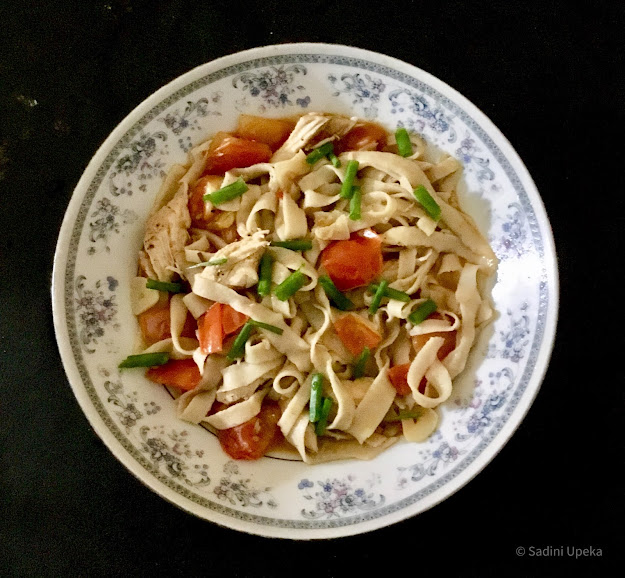 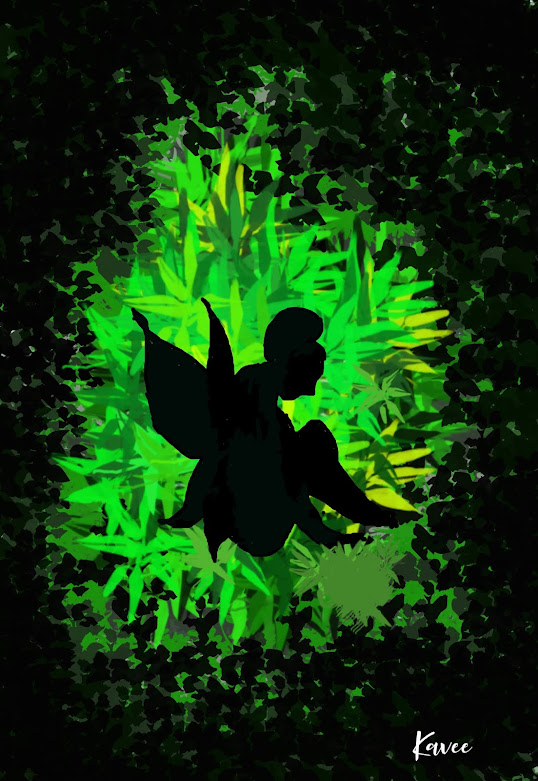 Flashbacks of one crazy year that changed my life 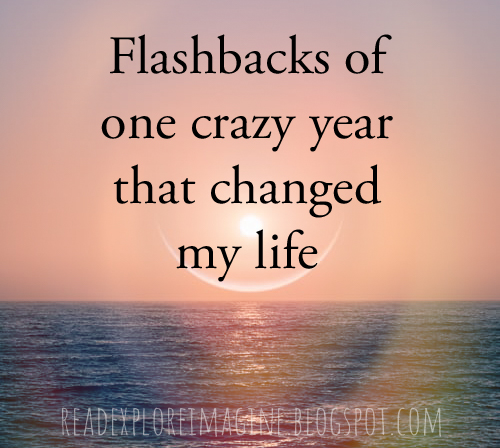 On the 17th of May 2019, 53 students out of 3000 were chosen as prefects in our school. I can’t say how lucky and fortunate I was to be among those few. What followed was a story of laughter and tears, duty and fun, responsibilities and fulfilling impossibilities.

To be frank, we got off a rocky start. The school’s second term started two weeks after the Easter Sunday Bombings, and on the first day of the term, there were only 37 students in the entire school. Only three girls were of my age, and we (the whole school) were put into one classroom and strictly instructed not to wander anywhere alone. I spent the rest of the day listening to my friend relate Stranger Things. 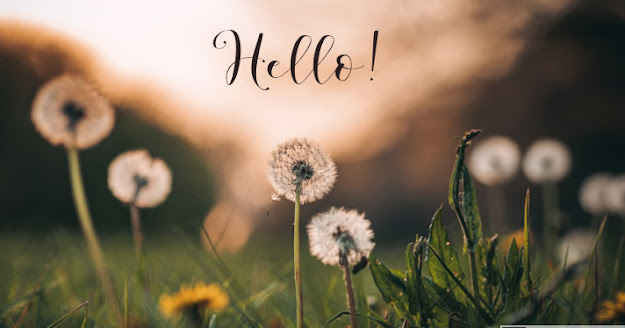 Welcome to the blog of the sisters three: Sadini (the oldest), Jonny (the middle one) and Kavee (the youngest)
In this blog you'll probably find a little bit of everything - our thoughts, rants, opinions, stories, reviews et cetera.
Enjoy!
at June 23, 2020 2 comments:

🖋 Sadini Upeka  (This may not be the most authentic pasta recipe ever, but hey, I’m working with what I’ve got!) It began with a red chilli... 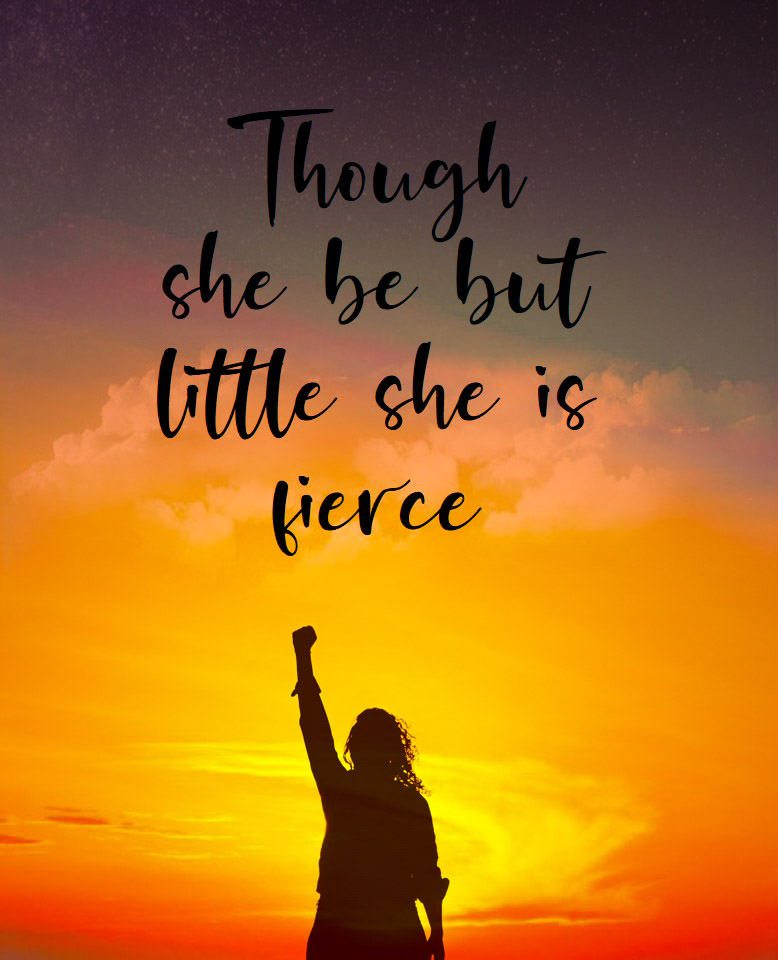 Musings, drabbles, opinions, reviews and a little dash of everything else